We were lucky enough to see a couple of events at the London 2012 Olympics… first up was some tennis at Wimbledon. We got to see Murray and Robson in the mixed doubles (beating the Australians — which is always a bonus — in the quarter-finals). The main event, which turned out to be a major non-event, was the women’s singles final between Williams (Serena) and Sharapova. It finished 6-0, 6-1. The most dramatic moment happened during the medal ceremony, when the US flag fluttered gently to the ground when it came loose during the anthem. Anyway, here’s a photo that you can play spot-the-ball with…

After that, we saw the final of the men’s doubles, followed by the semi-final of the women’s doubles (with the Williams sisters triumphant once again). Then, on the last day of the Olympics, we headed off to the Olympic park to see some handball.

When we were applying for Olympic tickets, handball wasn’t at the top of the list, in fact, it wasn’t on my list. But as my last chance to see an event in the Olympic park, when a friend asked if we wanted last-minute tickets to the bronze-medal match in the men’s handball (between Hungary and Croatia), I said yes. Before the game, the fairly lame efforts of the chap wearing the jean shorts/jacket/shirt/tie combo to get the crowd excited didn’t do much, but the music did the trick. A theme that continued in the game.

I’m not going to try and describe the rules of handball, in fact, I’m still not convinced there are all that many, even though they ran through them before the game began. If you want to know more, the Wikipedia page is here, but it does little justice to what actually happens in one of these games — the article does include the phrase ‘player sandwich’, but unfortunately it’s nowhere near as exciting as it sounds… Anyway, one of the best bits about the matches at the Olympics was the music (I don’t know if this is normal).

When a player is awarded a 7-meter throw (think penalty — or, for my US readers, penalty kick), ‘Under Pressure’ is pumped out of the auditorium’s speakers — brilliant. When a player gets a 2-minute suspension, you hear ‘Sit Down’ by James. When a player gets wiped out and doesn’t get up after hitting the floor, they even have music for this — Clocks, by Coldplay… “…the lights go out…”. When they finally get up (assuming they are not carried off on a stretcher), we hear Tubthumping, by Chumbawumba… “…I get knocked down, but I get up again…”. If only the Premier League did this!

Anyway, here’s one of the less blurry photos of the action… this breakaway resulted in a goal.

And to finish off, here are a couple of photos from around the park. Here is The Orbit, it’s quite photogenic. 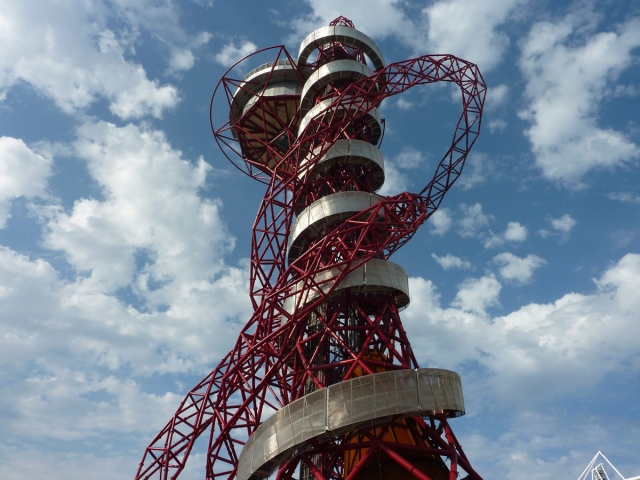 And a much better photo than the ones I took of The Orbit and the stadium — taken by my lovely wife on an earlier trip to the park to see a game of handball during the heats (she’s a bit of a handball nut to be fair…). 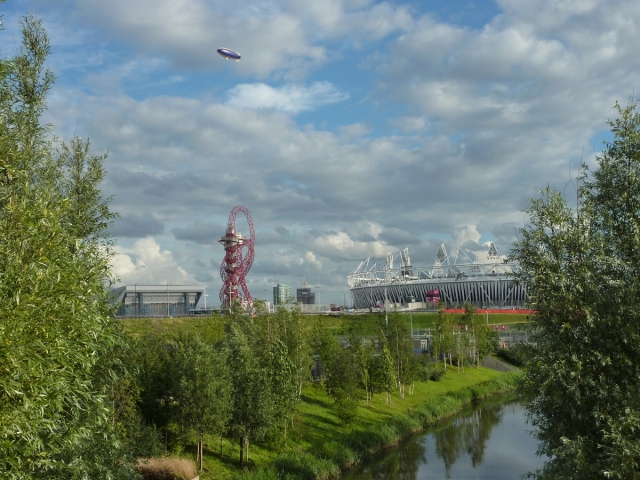 So, it’s all over now. There wasn’t any travel chaos during my commute to work. TeamGB were amazing. The opening ceremony was utterly awesome, and I’ve not seen the closing ceremony yet, but it’s waiting for me, a quiet evening, and a nice glass of red. I kinda miss the Olympics.

This entry was posted in Fun and tagged handball, london 2012, olympic park, olympics, tennis, the orbit, wimbledon. Bookmark the permalink.